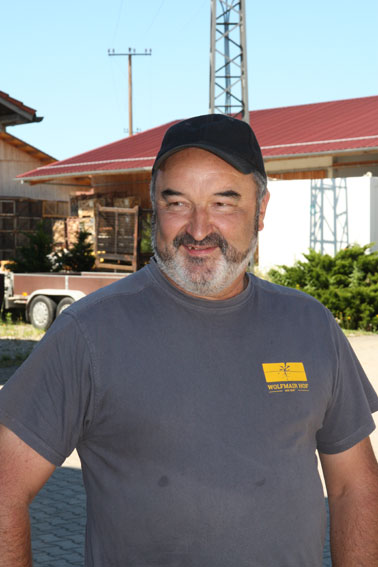 Happy without the plough

The Wolfmair Farm in Bavaria, dates back to as far as 1200 when it was first mentioned in a deed. Since 1647, it has been the home of the Wolfmair family. The present manager is Bernhard Högner whose philosophy is to preserve the family heritage and bring it in shape for the future. Indeed, he is quite successful at this. The farm has developed well and the plough was banned 15 years ago, a move that has proved very successful ever since.

We talked to the farmer who became intrigued by a neighbor and a pioneer in ploughless cultivation. Back in the 1980ies, the manager of that farm started exploring ploughless cultivation. “He was a fascinating role model for me,” tells Bernhard who was born in 1960 and raised to run the farm one day. At the time it was barely able to subsist and so he initially served an apprenticeship to become a farm machinery mechanic then another to become a farmer. From here he went on to college from where he graduated as a certified farmer.

Today, the Wolfmair family farm 150ha of arable land and 14 hectares of woodland. Bernhard grows grain maize, spring barley, rape seed and winter wheat. His fields border on a grassland. Yet his wheat crops yield 8,000-9,000kg per year since on average, because most of the soils are very fertile and there is no shortage of rain (900-1,100mm). “Plenty of rain is certainly good, but at times it makes threshing very difficult”, tells the father of three.

He enjoys working with machines outdoors. “I always enjoy watching nature and how it changes through the seasons and also the experience of making things happen. Yet what I find rather depressing is the image that the media portray of agriculture.” The lack of acknowledgement by society is weighing on Bernhard who used to be president of the local and district farmers’ community for quite some time. “Although the general situation is not easy at the moment, I would certainly make the same choice if I had to do it again,” confirms Bernhard. 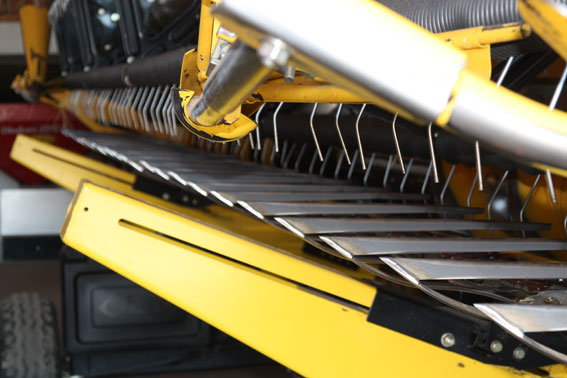 The EasyCut System is used with crop lifters

“We have been entertaining cooperations with other farmers for many years now. We do the seeding, spraying and harvesting for them and for some we even do the full arable cycle.” Bernhard farms 280 hectares every year, including his own land. About 15 years ago, they had to replace the tractor and a new plough was also due. “This was our turning point. Instead of buying a tractor and a plough, we opted for a cultivator and a Horsch Pronto drill. This was the beginning of min till farming for us. Since then our fields have seen more break crops, earth worm populations have increased significantly and we have an excellent tilth.”

Being up to date and knowledgeable in conservation farming is key for Bernhard who attends the appropriate seminars and is a member of the society of conservation farming. “A good soil structure and humus that is thriving with microorganisms are the advantages of this type of farming; a drawback though was annual bluegrass that gave us a quite a headache for a long time,” says Bernhard when asked about his experience during the first few years of min till farming. “When using regular cutting technology you’ll notice that speeds start dropping to the point that the knives simply come to stop.” 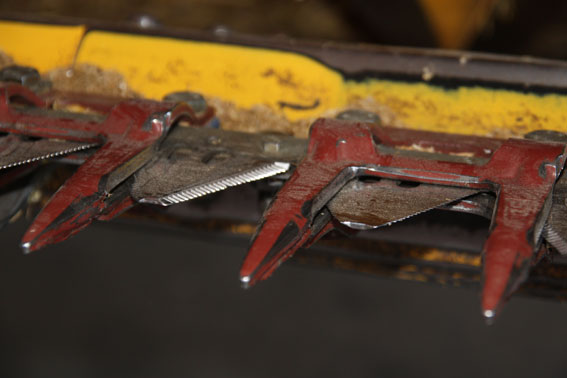 An initial solution opened up seven years ago when the family rented a New Holland rotary combine for one season: “The CR 9070 had a cutting width of 7.32m. Although it proved its worth in the trial year, its cutting system was struggling. For this reason, we did buy the combine at the end of the trial season but when the original sections and guards started to show wear we replaced them by Schumacher elements of which many people had told us their positive experience. The clincher after all was the good experience of one of my colleagues and what I read in agricultural mags,” continues Bernhard.

“The double rotor treats the crop really gently. My loss rates now are not higher than 0.5-1%. The straw quality, too, is good – provided the material is nice and dry. Bernhard is convinced: “Plough-less cultivation literally calls for an axial flow machine.” The changeover to the Schumacher cutting system was carried out by his son: “Since then, the sections in the typical Schumacher face-up, face-down arrangement have proved their strength and resilience ever since.”

In the last harvest Bernhard turned into an ardent fan of the Schumacher system: “The Schumacher system really proved its worth every single day – both at an organic client farm and in our own plough-less fields. That’s excellent for our peace of mind. Dependable cuts are the be all and end all, especially when weed infestation is higher than normal and when crops are wet. In addition, the system is far more tolerant to soil being pushed up occasionally. And yet, wear is significantly lower compared to the original system,” tells the farmer his good positive experience in his first Schumacher season. 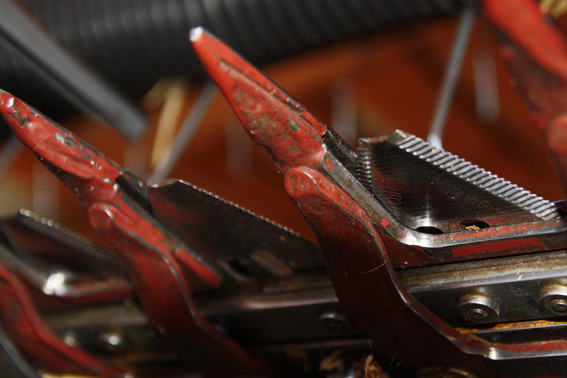 Using reliable equipment and being able to concentrate on the job in hand are the two things Bernhard considers most important for enjoying his work. In addition, the first 15 years of successful min-till farming and so many new earth worm tunnels that he finds even in the tramlines have boosted his motivation and contentment. In addition, there are a number of ‘hard facts’ that confirm that he and his colleagues are doing a good job for their region. “We joined a pilot scheme in which we collaborated with the local water utilities and six mayors to bring the ground water nitrate level to 15.7mg/l, which is an excellent proof of how sustainable our way of farming is,” says Bernhard.

Further motivation comes from the small things in life, such as walking his dog in his fields. “And occasionally when I do get the chance I take my Harley for a ride for two or three hours – nice and slow so I can enjoy the beautiful countryside here in Bavaria. “ And then Bernhard is off to get this year’s harvest campaign under way.