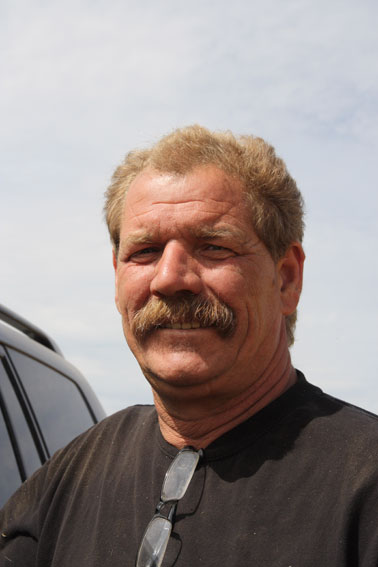 A ‘trial farmer’ by conviction

Bernd Clasen has been the farm manager at Matthiesen Ackerbau in the German state of Mecklenburg-Western Pomerania since 1991. His appreciation for the Schumacher cutting system dates back to his early years at the business. It all started in 1993 when a repair claim transformed into a sustained and successful collaboration with Group Schumacher as a trial farm. We called on Bernd Clasen for an interview.

Bernd is a farmer who was born in Schleswig-Holstein and moved to Mecklenburg-Western Pomerania when Matthiesen Ackerbau was founded. He leads a team of five whom he affectionately calls ‘my boys’.

They all work hand in hand and never lose their sense of humour – not even in the heat of harvest. Team work is also the cue for Bernd and Gerhard Toben, Group Schumacher’s Technical Service engineer who is a frequent guest at the farm. He has been coming to the farm for a number of years now to discuss the company’s latest developments and decide which innovations are trialed in field conditions at the farm.

They produce sugar beet for the local sugar factory and silage maize for a neighbor’s digester. In addition, they grow rape seed, wheat and rye on 1,500 hectares. The quality of his soils varies greatly and ranges from 18 to 55 value points, so the crop stands are equally variable. Down crops, for example, are a regular problem in all fields. The combining is done by two Claas Lexion 770 models which pulled into the yard five years ago. Both have variable tables and a 12m cutting width. 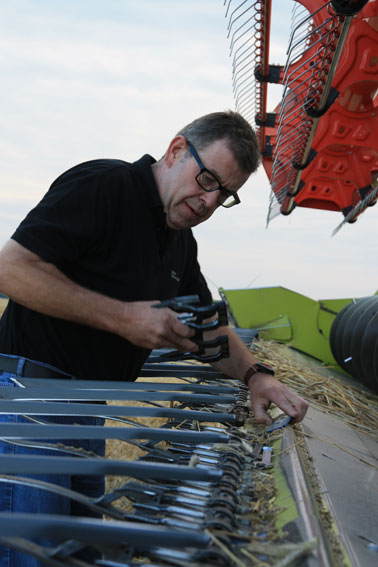 “The special something” is a retrofit system

When the forged elements of the original cutting system were worn, Bernd didn’t think twice to replace them by the well-proven Schumacher system. However, when Schumacher’s Gerhard Hoben fitted the system in spring 2017, he didn’t install the regular system but a new version where the knives overlapped in the middle.

“There are many reasons why we are so happy with both the technology and the service of Schumacher. Among them are certainly the excellent cut, the easy attachment and removal and of course the exceptionally quiet running that comes with the system,” reports Bernd. “The system we are trialing right now runs absolutely smoothly and trouble-free. That’s really great and we appreciate the opportunity of participating in the trial program. This way we are at the forefront of technology development; our feedback is very much appreciated and incorporated in the design process. That helps us, too.” 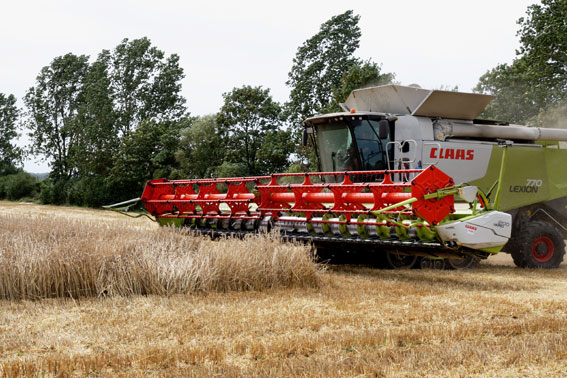 All combing at Matthiesen Ackerbau is done by Claas threshers

Longevity, easy maintenance and, if need be, straightforward replacement of components have been key qualities for the farm manager who came to appreciate these on one of his previous machines. “Luckily, damage to sections or guards won’t happen too often, but we do have an occasional damage caused by solid objects so we must replace a number of crop lifters or individual sections. What’s important here is that any type of replacement must be easy and straightforward. And in this respect, the Schumacher system is second to none,” is Bernd’s opinion.

With respect to today’s enormous working widths, he recalls the time when there was only one drive on one end of a 9m cutter bar, which clearly defined the limits of performance. “Today,” he says, “the cutter bar is made up of two shorter knives each powered by its own separate drive – one on each end. This reduces the power input and increases smooth operation. Simply top notch! After all, we realize that threshing performance is limited by the material flow, but we never actually get close to the limits of cutting performance.” 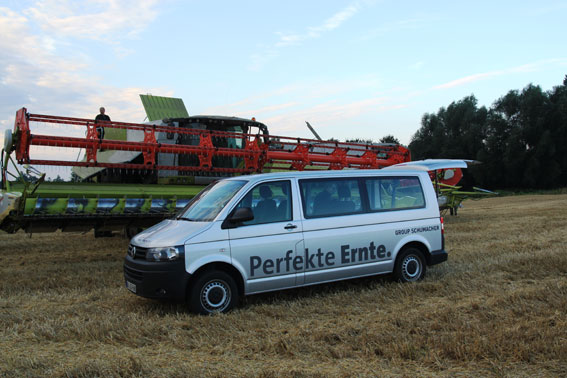 The two Lexions have 12m headers with two-piece reels. The reason for this is that the tines on the previous 9m header with single-piece reel would interfere with the cutter bar sometimes when the header was being raised on the headland – to the effect of damaging the sections. “This is explained by the fact that a single-piece reel on a wide header sags in the middle. To avoid such damage we modified the height control system of the reel so the tines would no longer interfere with the sections. Later on, with the development of the two-piece reel the problem was eliminated for good. 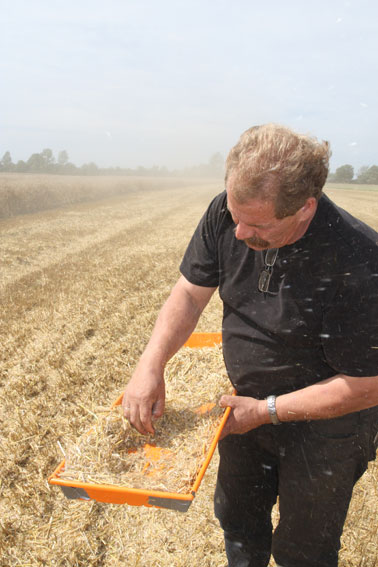 His dream job with a drop of bitterness

His comments and the way he organizes the harvest campaigns reflect on Bernd as an absolute professional. Therefore we are not surprised when we hear that being a farmer is his dream job. He goes on: “A top performance and top productivity takes top people. And indeed we are quite a dream team here.” Bernd equally appreciates the work of his wife who covers his back even in the heat of harvest. “Without them I’d be at a loss.”

But there is also a drop of bitterness. “Sadly, the world of farming and society in general seem to be worlds apart today. People are no longer aware of what we do, why we do it and how well we do it. This lack of appreciation is afflicting our industry. The same applies to the challenges posed by EU and national agri policies. And last, finding skilled and responsible labor is getting more and more difficult.” This said, he sums up: “What else is there that could be give you more satisfaction than harvesting a crop you sowed a few months ago – provided everything goes to plan which takes a good team and good equipment. That’s what makes a perfect day.”